Skip to content
In late June, I went with the girls to visit my parents newly built home in the high desert landscape of Spanish Springs, NV.  On one of the first mornings there, Maisy and Laurel asked to go outside to play on Grandma’s swing set.
We headed down the stairs but by the time we got to the middle landing, Maisy was tired and wanted me to carry her the rest of the way down.  So I left Laurel at the middle landing and took Maisy down to the bottom of the stairs.  After depositing her, I headed back up to help Laurel down.  As I started going up I heard a “ts-ts-st-ts-st-” sound and then heard Maisy copy the sound with her own “ts-ts-st-ts-st”.  I looked down and there was a smiling Maisy hands on her knees leaning into a not more than 10 feet away, coiled, ready-to-strike, diamond back rattlesnake!!!
I ran down, swooped her up and yelled for “MOM”!  My mom and brother Jordan came down with a gun and a shovel.  It took about twenty minutes but Jordan finally coaxed the snake (with the help of the shovel) away from the side of the house and then was brave enough to cut its head off with the shovel (that’s right folks…sorry to any snake lovers out there).
Jordan’s wife Ruth and I screamed and took tons of pictures: 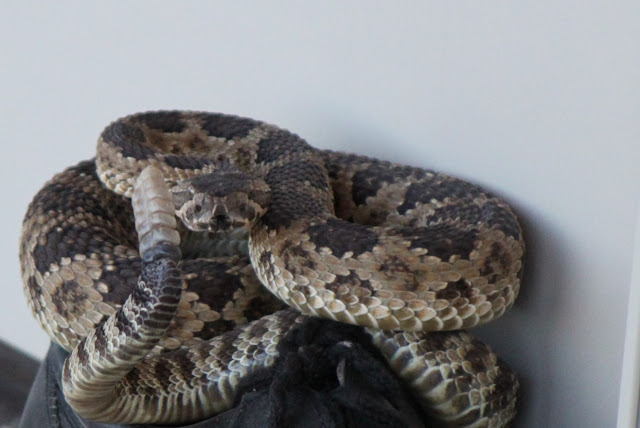 Don’t worry I wasn’t this close, I was using a telephoto lens 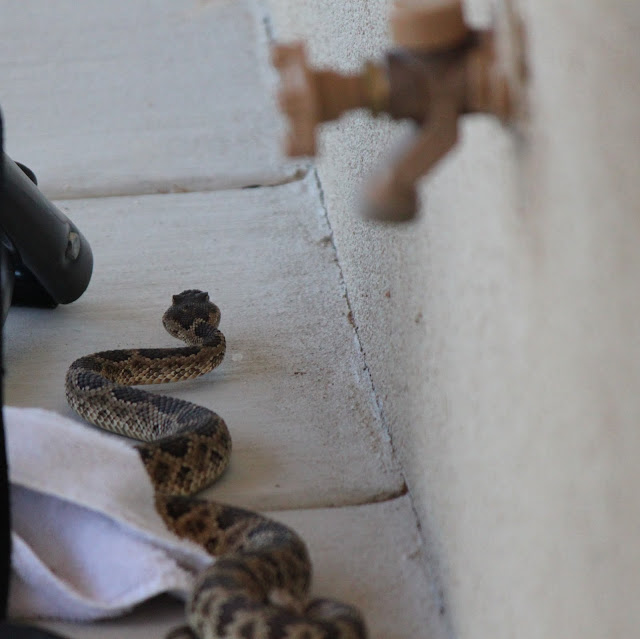 This gives you an idea of how long he was. 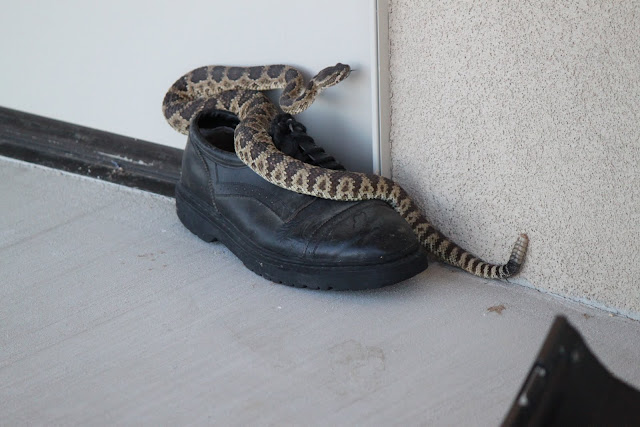 This is the door we use to go in and out of the above ground basement….he really liked the missionary’s shoe 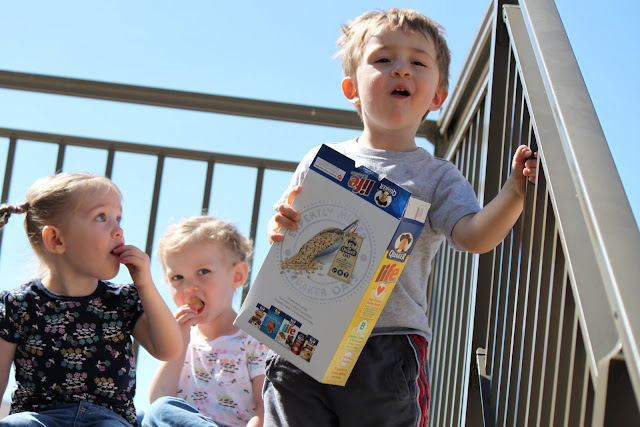 Here’s the peanut gallery.  The girl’s cousin Massey was so funny.  He knew there was going to be a show so he ran upstairs to get a box of cereal and then passed it around like popcorn to the twins. Love that Massey! 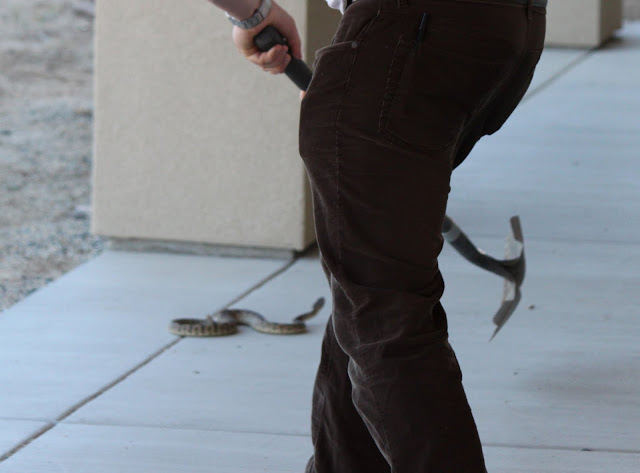 Brave Jordan getting a very mad snake far away from us.
I’ll spare you a picture of the dead snake…Lets just say Jordan did a very good job of making sure it will never hurt anyone.  The rest of the trip and still once in a while Maisy will say “Snake broken”…or “Uncle Jordan broke the snake”.  Yep Maise, the snake is broken….forever.
I think it will take a while to get the image of Maisy so close to that snake just smiling at it, not being afraid at all, out of my head…I still shudder when I think about it.  I am SO thankful nothing serious happened.  Jeff told me that he specifically prayed that morning that the girls would be OK and specifically that they would not get struck by a snake (we have seen two other snakes while visiting my parents so that’s why he was specifically praying for this).  I am so thankful Maisy was protected.
Have you ever had a run-in with a snake?  Did you know that rattlesnakes are blind? It’s true! 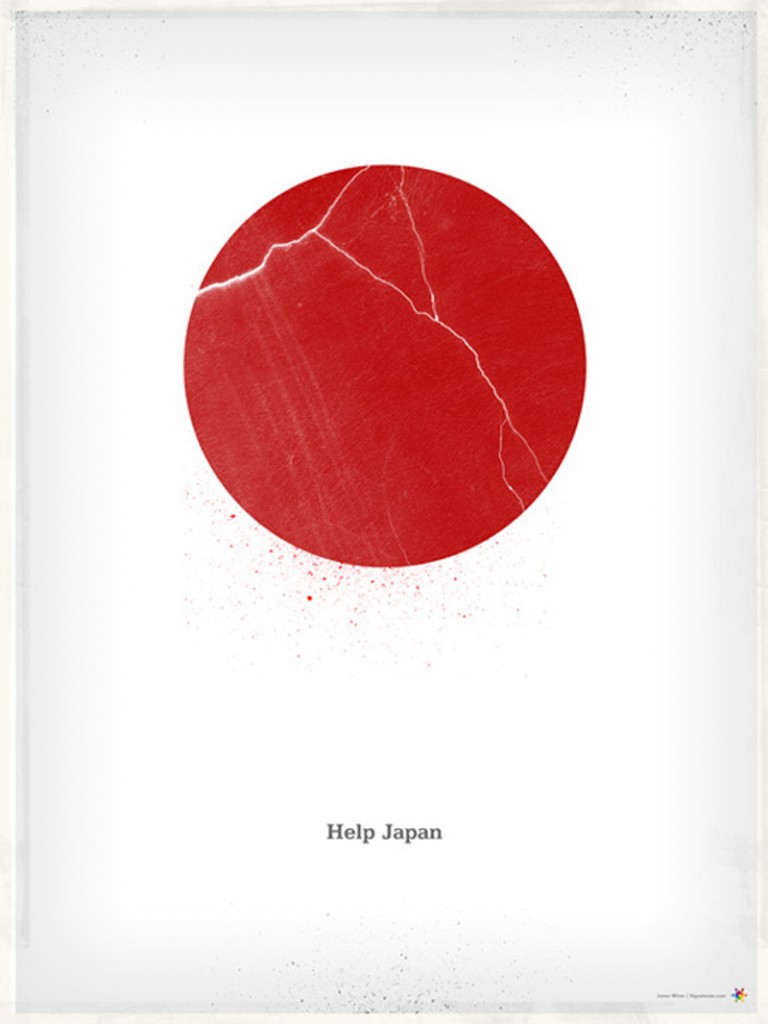 source I know I’m not alone in the feelings of concern and sadness for those suffering in Japan right now.  I have had a powerless feeling as we’ve watched the footage and imagined the overwhelming grief and fear so many families are experiencing right now.  This last Sunday we heard a report from a young… 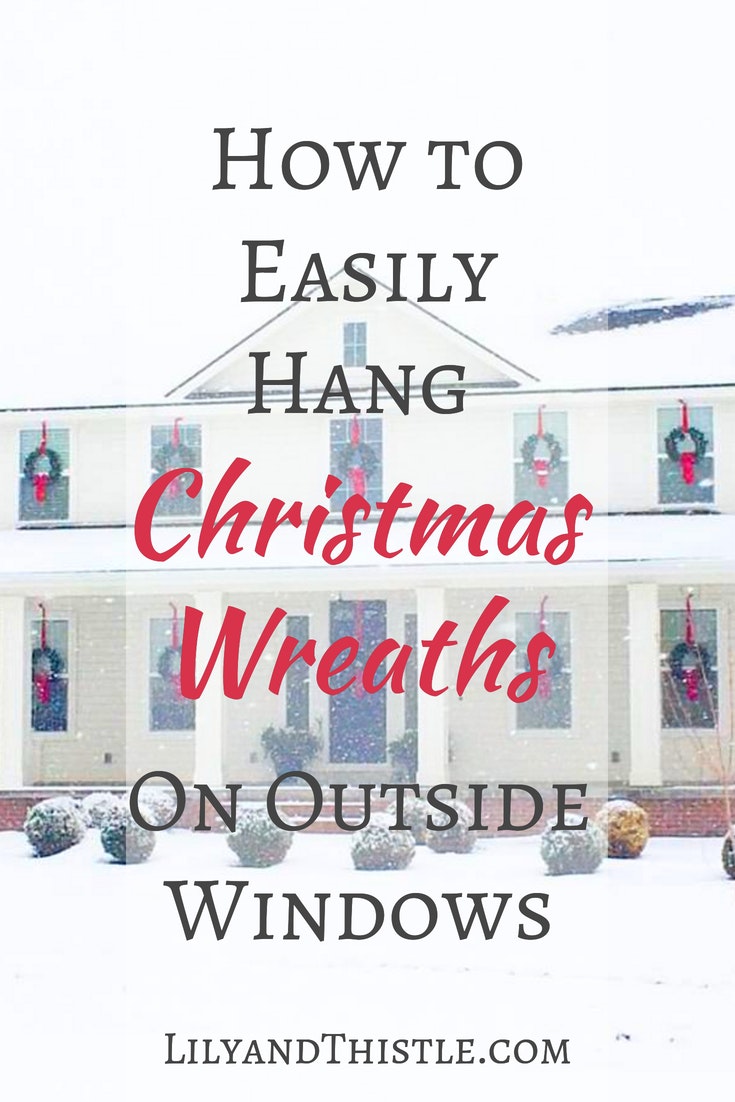 A Woman on a Mission I lived in Connecticut and Rhode Island for a short year and a half as a Mormon Missionary in my early twenties.  Part of the job was knocking on doors to see if I along with my assigned companion could share a message about Jesus.  We did lots of other…

How thankful I am for His sacrifice.  I know that he loves me and that because of His atonement, I can overcome my weaknesses and make lasting changes. I know that He lives! I hope this Easter is one of peace and remembrance for you and yours…what a gift we have all been given. 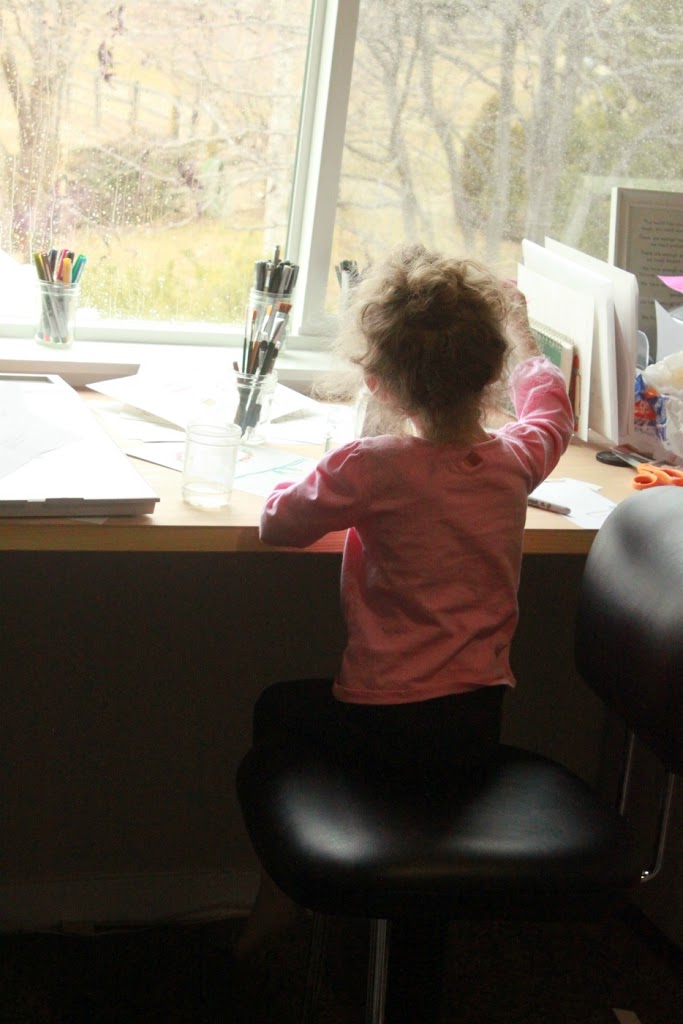 If we’d let her, Maisy would literally spend all day sitting in the studio drawing, coloring…creating.   She came this way.  Even at 18 months, we took pictures of her coloring with such intense focus…  She is loving the paper dolls to color idea.  I am loving watercolor pencils.  The girls can color then paint with… 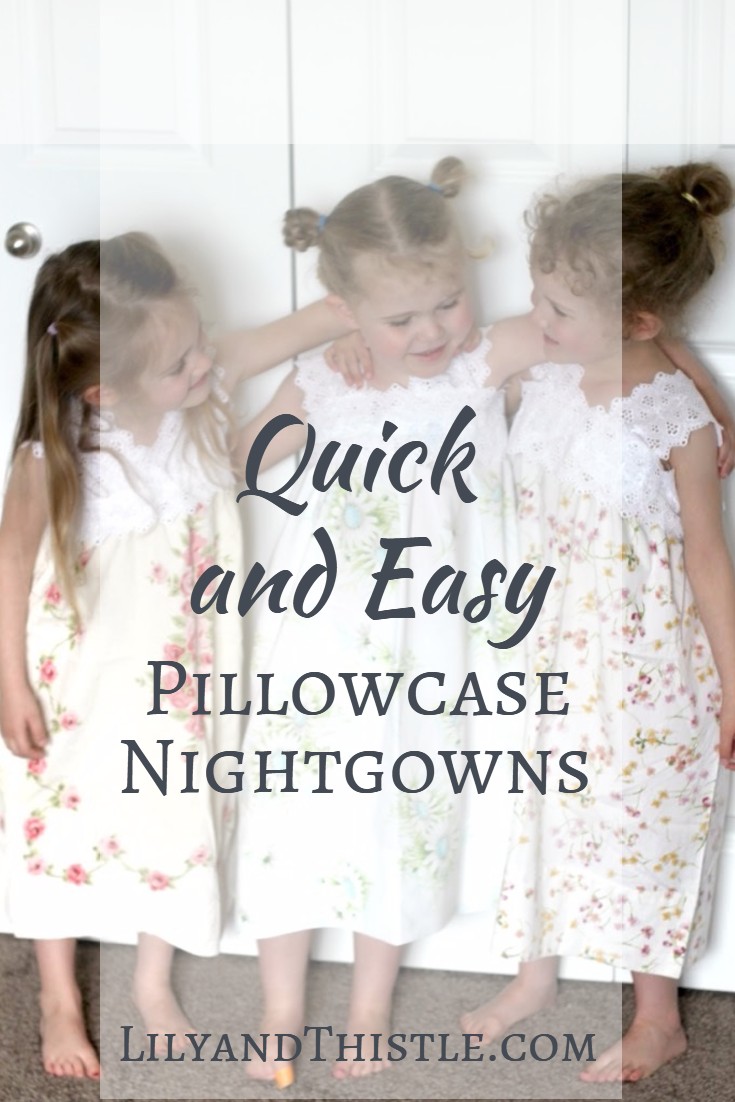 Here at Lily and Thistle, we are all about creativity at home. This is such a great first time sewing project for kids and newbies alike. Sewing is such a great way to make art because it’s usable! 🙂 If you are looking for more ways to get art and creativity into your life, join…

These are the faces that make me a mother on Mother’s Day.  What special gifts each of them are.   I know that I am so blessed to be called “Mom”. Happy Mother’s Day!