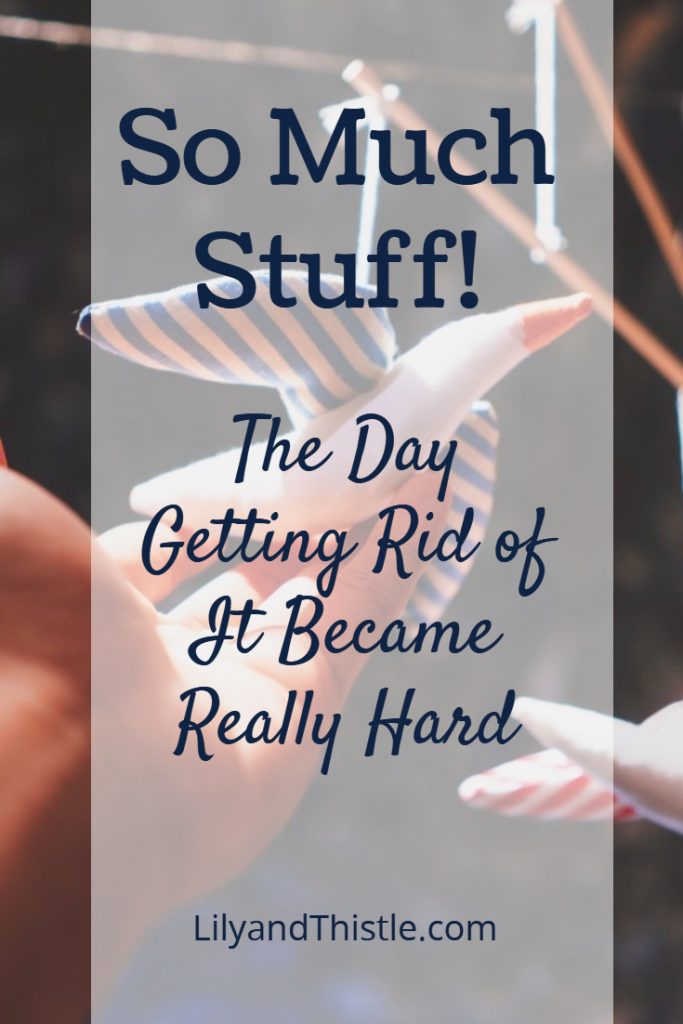 This is from a series of blog posts I asked my wise and wonderful cousins to do years ago.  Enjoy!

Lots of stuff seems to come with having a family.  With six children in ours, we have plenty of it! Some of it seems to multiply on its own.  I could swear our stuffed animals have their own breeding program.

A Buy Back Program

One day I decided I’d had enough of errant Legos, mismatched toy dishes from multiple sets, dolls with messy hair and little plastic cowboys and Indians. I announced to my children that I would buy their toys.  I would give a dime for each toy that would be discarded or donated.  My children reacted in varying ways.  Clarissa and Deseret didn’t really have toys anymore and complained that I should have done that when they were younger.  The others participated in varying degrees.

Morgan was the most excited.  He brought matchbox cars with missing wheels and action figures with missing limbs.  I didn’t care, I paid him dimes.  I was happy to get rid of anything!  He paid his tithing and then wanted to go to the store, all that money burning a hole in his pocket.  At the first opportunity, he quickly spent his wad on those little toys that are absolute junk that come from a little vending machine in individual plastic bubbles.  As he proudly showed me his new treasures, I wasn’t sure my plan was such a great success!

Carolina is my baby.  She is four.  She has never met a McDonald’s toy or a stained and holey pair of pants she didn’t like.  Her bedroom is continually overflowing with treasures such as the picture she drew at preschool four weeks ago, and the picture she drew at preschool three weeks ago, and two weeks ago, and last week, and yesterday. None of them can be parted with.  She doesn’t want to part with board books that she loved when she was two or Little People animals that she never plays with anymore.  The thought of passing on her too-small clothes to her cousin (whom she loves) brings her to tears.
I have learned how to handle Carolina.  I have had a lot of experience with four-year-olds who cling to their possessions.  The secret is to perform periodic cleansing when the four-year-old is playing at her cousin’s house.  When the four-year-old comes home, she is thrilled that, for the day, she doesn’t need to clean her room.  Her mom did it for her! What a happy surprise.  She doesn’t even miss those beloved possessions.

The Tables Have Turned

Carolina’s older sisters are 14, 12, and 9.  This afternoon we were cleaning out their bedrooms – going through drawers, closets, and bookshelves.  Suddenly and unexpectedly, I found myself acting like a four-year-old.
“Are you sure you want to get rid of your fashion design kit? You had so much fun designing ball gowns.”
“Grandma made that doll blanket for your fifth birthday.  You want to store it in a bin in the garage?”
“But that was the first chapter book you ever read!” “Are you sure that doesn’t fit you anymore?  It was the first skirt you ever sewed yourself.”
I realized that I was the only one feeling nostalgic.  They are excited about the future and I’m the only one looking back.  Clarissa will start high school in the fall. Deseret will go to Young Women’s Girls’ Camp for the first time.  Liberty is enjoying her first year in 4-H.  They are giving up doll blankets and I’m not sure I’m ready for that.
I think I’ll visit Carolina’s room and suggest a stuffed animal tea party.  She and I will hold on for a little longer. 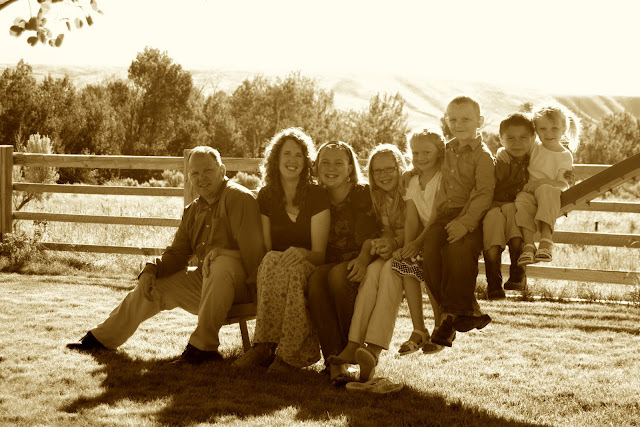 Marianne’s AMAZING family (I wish you could all sit down with them and experience what a joy it is to be surrounded by their goodness).  Thanks for the perspective Marianne! 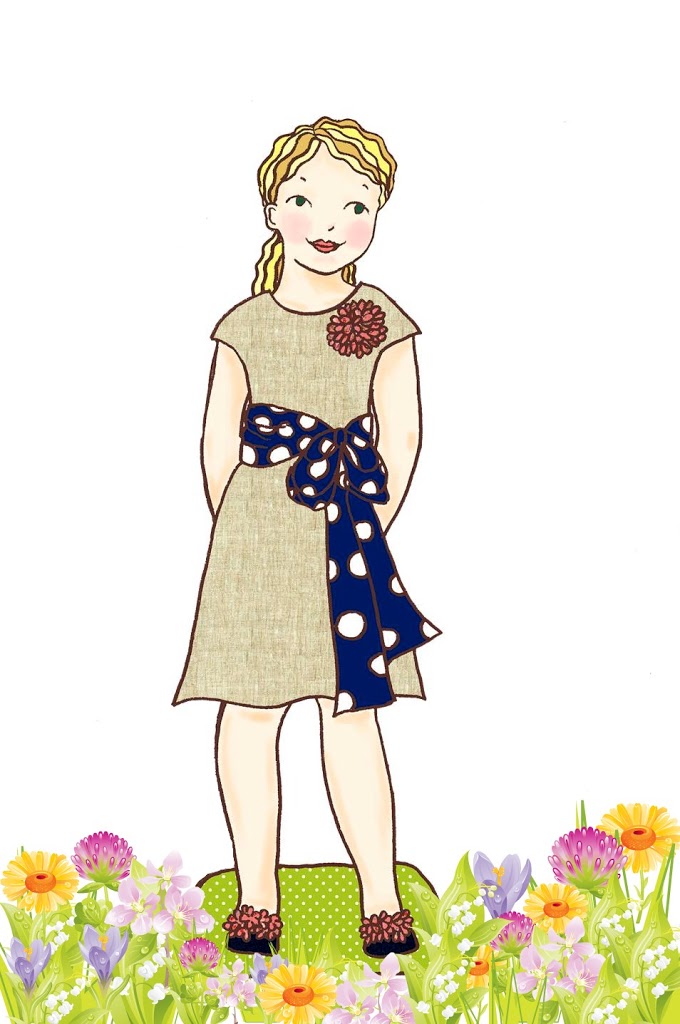 “The world’s favorite season is the spring.  All things seem possible in May.” –  Edwin Way Teale Shop Specials: Free Birthday Outfit with any Party Package (Print Yourself or Printed Versions) Free One Year Membership to the Outfit of the Month Club with purchase of ANY package  (including Print Yourself)!  So hurry over and start your membership today… 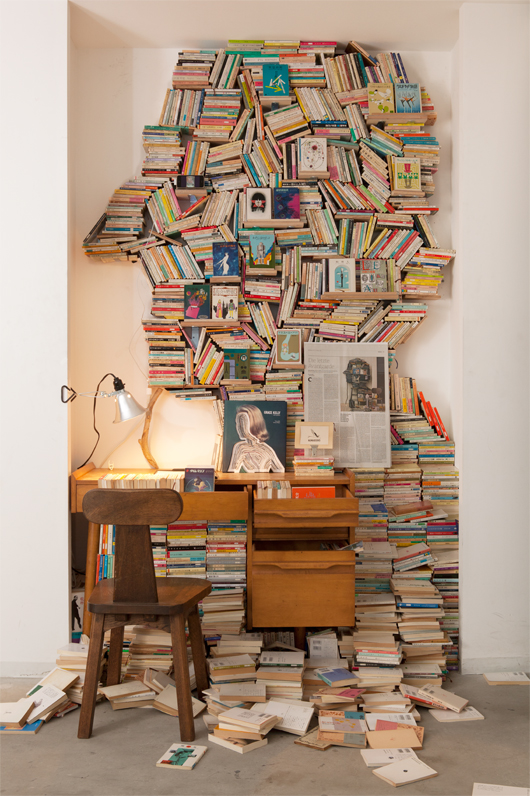 source (haha get it, face….book?) Well I finally did it.  I finally created a page in Facebook that will be totally dedicated to all things Lily&Thistle.  It was time (past time).  I’ve always liked Facebook because it is a great tool to connect and reconnect with people who mean something to me. Like friends from… 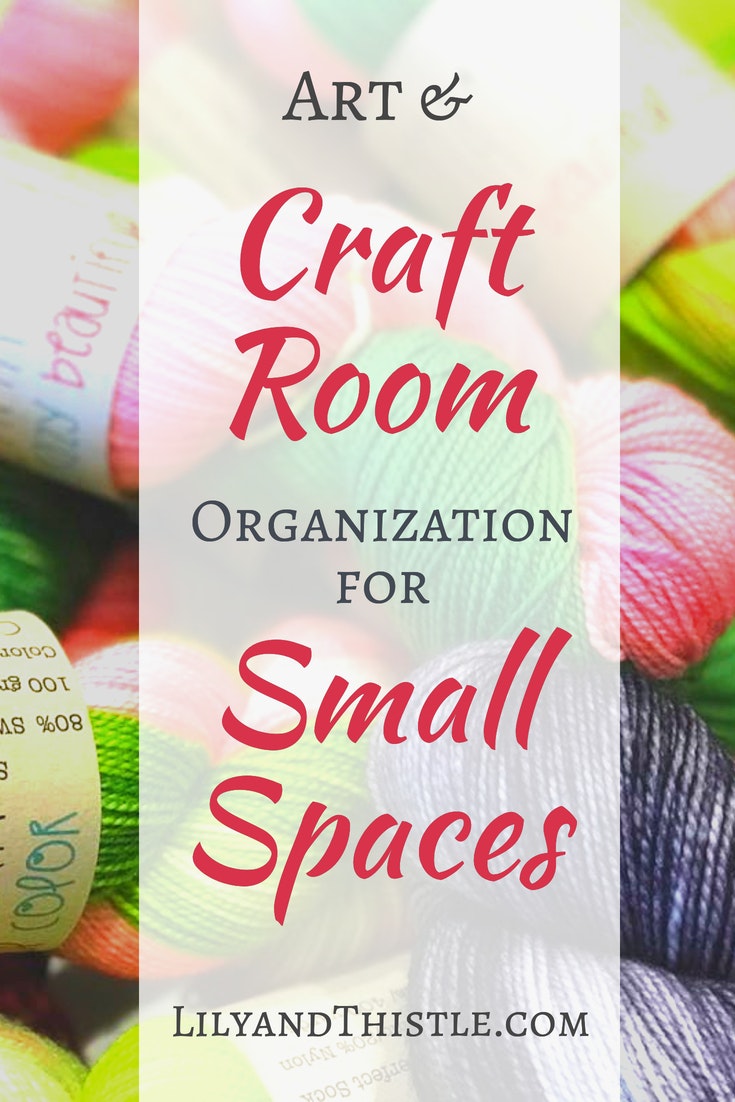 Art Studio / Craft Room Organization for Small Spaces Whether you are using a corner of your bedroom or you have a room all to yourself, I’m sharing some of my favorite posts from other artists and crafters from around the web today. I think you’ll find some inspiration and a few tips and tricks… 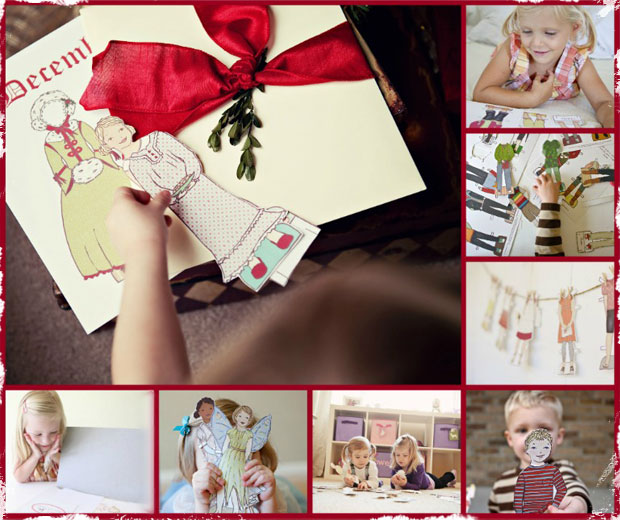 If you missed out on the awesome deal a few months ago, now’s your chance to snatch up paper dolls at an extremely great price!  You will get a custom doll, 16 outfits plus a free membership to the Outfit of the Month club…all for $10.  The deal will not be repeated this year so…

I mentioned in my last post that some exciting things are happening in the Stevenson home.  Are you ready to hear about them? First off, Jeff is almost finished with his masters program.  Just one more correspondence course (hooray he’s home at night) left!  I cannot wait to proclaim him done and graduated…soon…soon. But the really big…

I thought I’d share some favorite moments from this last week.  Did it fly by as fast for you as it did for me?! Proud Laurel at the park…she just finished going down the “big slide”. My brother Micah Dahl and Maisy Dahl …sharing a rare moment together.  Aunt Jennifer (who looks so much like…